Located between the départements of Cantal and Aveyron, the village of Cros-de-Ronesque is home to 140 inhabitants and a picturesque and welcoming auberge. It was a pleasure to meet up with Marie-Christine Cazes who has been running the Auberge de la Sapinière with Elodie since 2013. She is also an ambassador working alongside the team at the Carladès Tourist Information Office to promote the area.

One look at the menu of the Auberge de la Sapinière, and you are immediately struck by the originality of the offer. The building, like so much of the architecture in the village, is splendid with its traditional stone slab roof. Once inside, your eyes are drawn to the fireplace and then to the Bougnat slice on the menu! It’s a dish that the chef Elodie prepared for the crew during the shooting of Escapade Gourmande in 2014, a popular cookery programme presented by French chef Jean-Luc Petitrenaud. 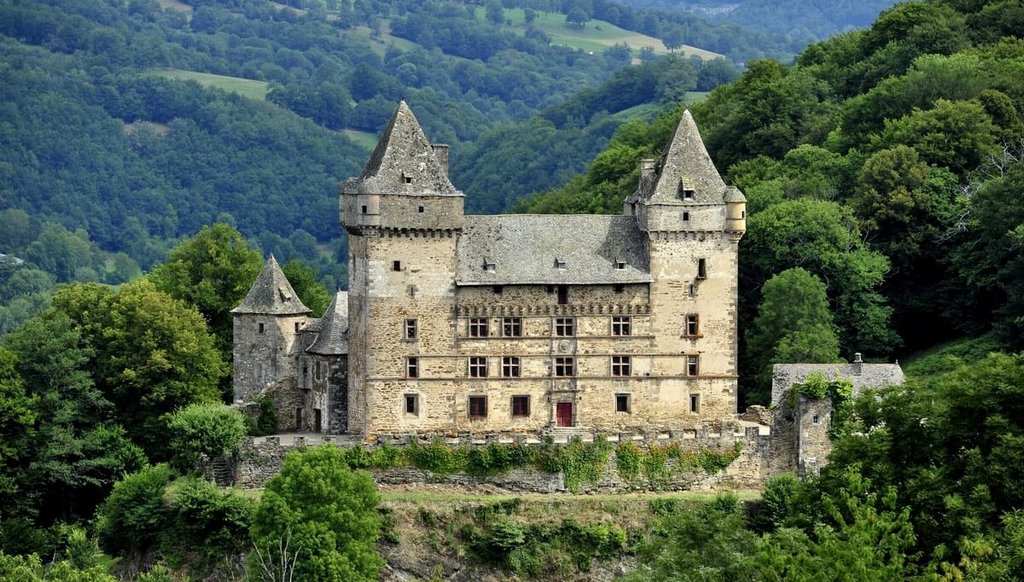 The Rocher de Ronesque: an exceptional panorama of the Cantal and Aubrac mountains

Five years earlier, the shooting of La Dame de Montpensier directed by Bertrand Tavernier made its mark on the day-to-day life of the village’s inhabitants with roughly 150 people on the set at the nearby Messilhac Castle. “We strongly recommend our customers to go along and visit the castle. It’s only two hours away from the village on foot,” says Marie-Christine, who is all too happy to describe herself as a “Jack of all trades” innkeeper! No day is ever the same and she can try her hand at anything and everything. “We are a 10 minute drive from the Ronesque basalt rock table, a natural volcanic curiosity where visitors can marvel at the exceptional panoramic view over the Cantal and Aubrac mountains.”

A basalt rock table that is emblematic of Cantal

From the tiny hamlet of Ronesque, it’s an easy walk up to this rock table. From the sky, it is shaped like a heart and the small cemetery and Saint-Jacques church stand out. The site is unique and on arrival, you can’t help but be filled with an overwhelming sense of immensity and freedom. On a clear day, two viewpoint tables enable you to enjoy the panoramic view and to identify all the different peaks, or puys as they are called locally.

This basalt rock table results from a geological phenomenon called inverted relief just like the rock table in the nearby village of Carlat. The Carlat rock table proposes a 3D virtual reality visit of the fortress that once towered over the valley (tickets are on sale at the Rocher de Carlat site). 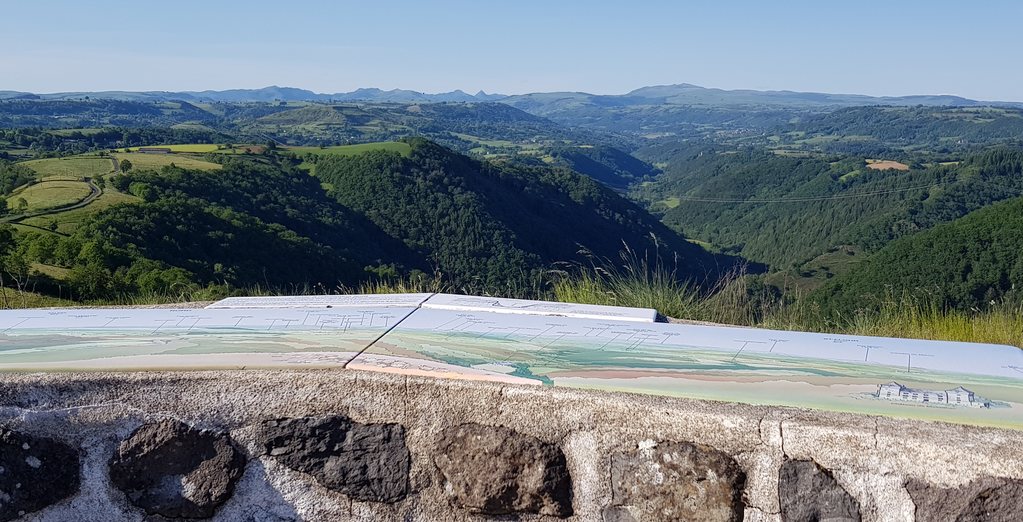 Carlades, a jewel in the crown between Cantal and Aveyron

“Here we are literally on the border between two regions,” explains Marie-Christine. “A two-hour walk  will take you to the small village of La Pesturie in Aveyron along the River Goul. I also recommend a lovely marked-out walking trail called La Ronde des Sécadous around the quaint village of Escoubiac.”

The Auberge de la Sapinière is open all year round and it’s a great place to stop for a bite to eat. You might also consider going out on a horse-drawn cart ride with Etoile and Passion, whose home is in the field next door! Marie-Christine and Elodie are extremely proud to be marked 9.7 out of 10 on a well-known booking site and the Auberge de la Sapinière also attracts American, Chilean and Chinese visitors. “We love travelling,” says Marie-Christine enthusiastically, “and now it’s the world that comes to us!”

Visitors from far afield, but also local inhabitants who  are delighted to go back to the place they knew in their childhood as the village grocery store and the school canteen. Pounti, tripe, calf’s head, stuffed cabbage stew are just some of the regional specialities on the ever-changing menu. Local produce is in pride of place, and rightly so!

“We’ve put in a lot of hard work into the auberge and in doing so, we are pleased to think that we have given the village a new lease of life,” says Marie-Christine. “We like to look at what we are achieving here as more than a job. It’s also a way of life.”