Do you fancy a taste of a special spring water with a high iron content? Come along to the mineral water spring in Vic-sur-Cère, and have a taste or fill up a bottle. The spring’s reputation in the 19th century was such that the town became an extremely lively and popular destination for curists.  Indeed, the town, capital of the Carladès area, owes its rich architectural heritage, hotels and casino to this affluent past.

While visiting the spring, a local inhabitant comes along to fill up his bottles with the mineral water at the drinking fountain known as the “Kiosque de Vic-sur-Cère” in the shady grounds opposite the Mineral Water Spring Visitor Centre.

The spring that dates back to Antique times, was bought by the Town Hall authority in 1979. Its fizz and taste will perhaps take you by surprise! Rich in iron, as go to prove the rust markings deposited on the sides of the drinking fountain, the spring water comes out of the ground at a temperature of between 12°C and 15°C and flows through a bronze fountain in the shape of a lion’s head. With a high bicarbonate content, the spring water has digestive and diuretic benefits that are actually reflected in the origin of the town’s name. Historians attribute the word “Vich” as having Celtic origins and meaning “strength”. The Romans later changed it into the word “Vicus” that means means “town”. 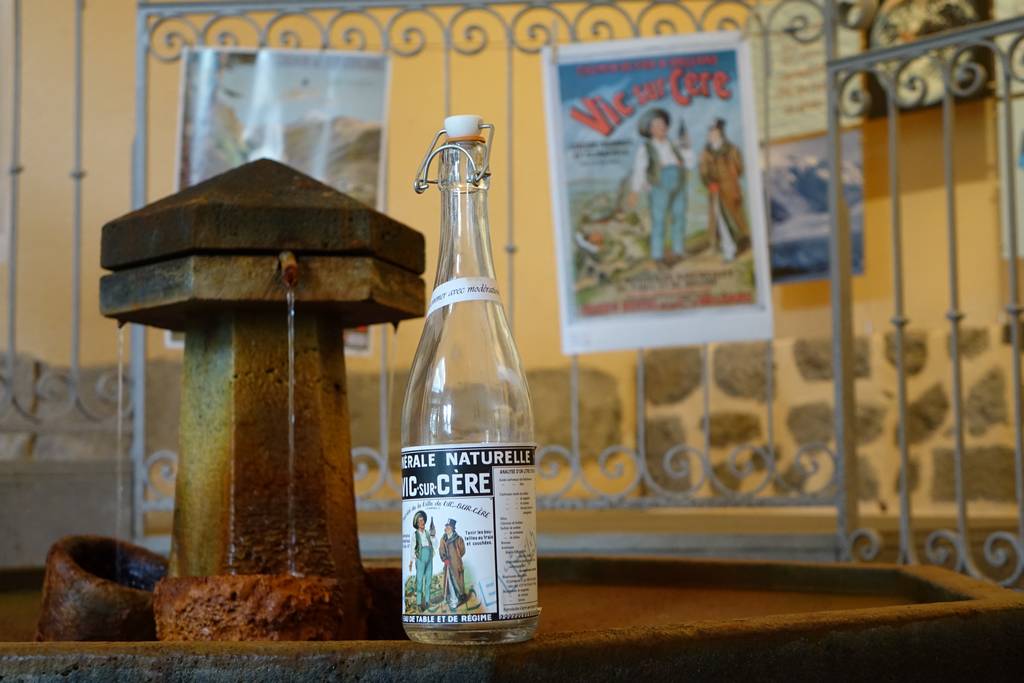 Although there are no longer any remains of the original bathhouse demolished in 1965, the bottling centre has been transformed into the Natural Mineral Water Spring Visitor Centre.

The presence of the spring was forgotten about throughout the Middle Ages until 1560 when it was discovered by a young cattle farmer who noticed that his cows would always drink at the same spot.

I join Béatrice, who works at the Tourist Information Office in Vic-sur-Cère, for a guided tour around the town. “During her exile at Carlat fortress between 1585 and 1586, Queen Margot fell ill and it is said that she recovered after taking the waters in Vic-sur-Cère”, explains Béatrice, as we admire the Maison de la Reine Margot, a splendid building dating back to the 15th century.

In the 17th century, the spring in Vic-sur-Cère became one of the most popular drinking fountains in Auvergne thanks to Louis XIV who appointed a special guard to be in charge of the site and to bottle the mineral water. According to legend, his mother, Anne of Austria, who had tried in vain to become pregnant for 22 years of her marriage, came to Vic-sur-Cère to take the waters the year before he was born. The most successful period for the bathhouse and spring was between 1640 and 1740 and activity in the town at this time was flourishing.

Up to 600,000 bottles of mineral water shipped per year

After the turbulent period of the French Revolution, it was then in the 19th century that Vic-sur-Cère, now with a railway station since 1868, became most well-known for its spa activity. Antoine Fayet, the town’s Mayor and the wealthy owner of the spring had the water’s beneficial properties recognized and declared as being of public interest in 1890. He went on to open the town baths opened the following year, and the Grand Café des Sources and the casino soon followed in 1895. “In 1897, Vic-sur-Cère was also one of the first towns in the area to be supplied with electricity”, adds Béatrice.

The Grand Hôtel de la Compagnie run by the Orléans Railway Company opened in 1898 and distinguished itself by welcoming Queen Ranavalona III of Madagascar to stay for a few weeks in 1903.

At this time, up to 600,000 bottles of mineral water were being shipped all over France every year. Vic-sur-Cère was home to around 15 hotels as well as numerous comfortable villas, so much so that the town became affectionately known as “Auvergne-style Switzerland”. 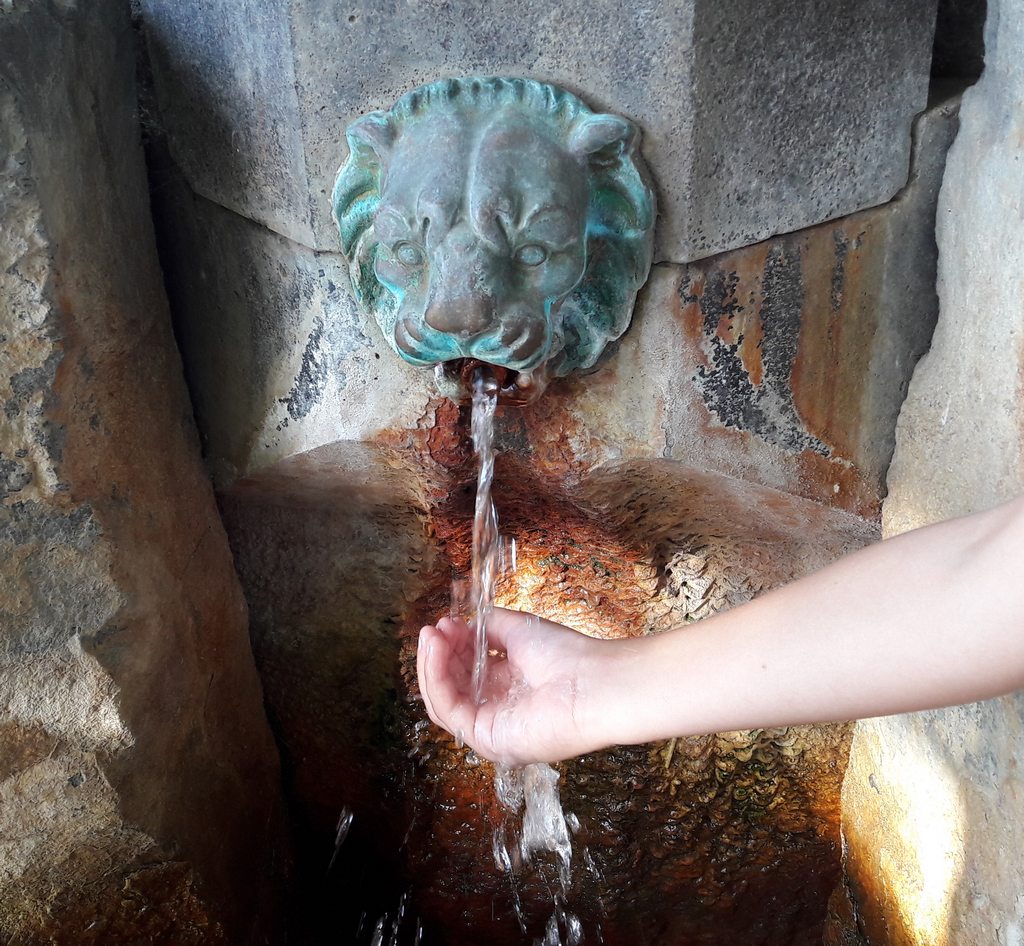 The marked-out theme trail along the picturesque Gorges of the Pas de Cère takes visitors on a historical journey exploring life in the area at the turn of the last century, a period known as the “Belle Époque”. From the Tourist Information Office, visitors must first make their way to the hamlet of Salvanhac (20-minute walk). The one kilometre theme trail then starts from the car park, from where you will embark on a mystery trail on the footpath along the banks of the River Cère, hunting for clues under the colourful parasols along the way!