Located just 5 kilometres away from the village of Thiézac, Niervèze is one of the most beautiful hamlets in Cantal. It’s a traditional hamlet and one where thatched cottages, a bread oven and a water-mill in working order can still be found. I was delighted to meet Guillaume Laybros, who was born there and who today promotes Niervèze’s history and rural traditions by joining the team of ambassadors who work in hand with the team at the Tourist Information Office and who volunteer their time to share their knowledge of the local area with visitors. Read on and find out all about the fascinating farm museum that welcomes visitors throughout the summer months.

“A visit to Granier cottage is an intimate experience”, explains Guillaume Laybros, as he casts a quick glance towards the Puy Griou from the small path that leads to the house. It isn’t hard to appreciate why… it is the life of his parents and grandparents that is evoked during the museum tour set in this traditional and beautifully restored farmhouse. “People and animals lived together,” he says, pointing to the livestock stalls, before showing me a photograph of him taken in the year 2000 in front of this inglenook fireplace for the museum’s opening ceremony. This large traditional fireplace known as a cantou, is just in the next room, and beside it is a traditional closet bed. 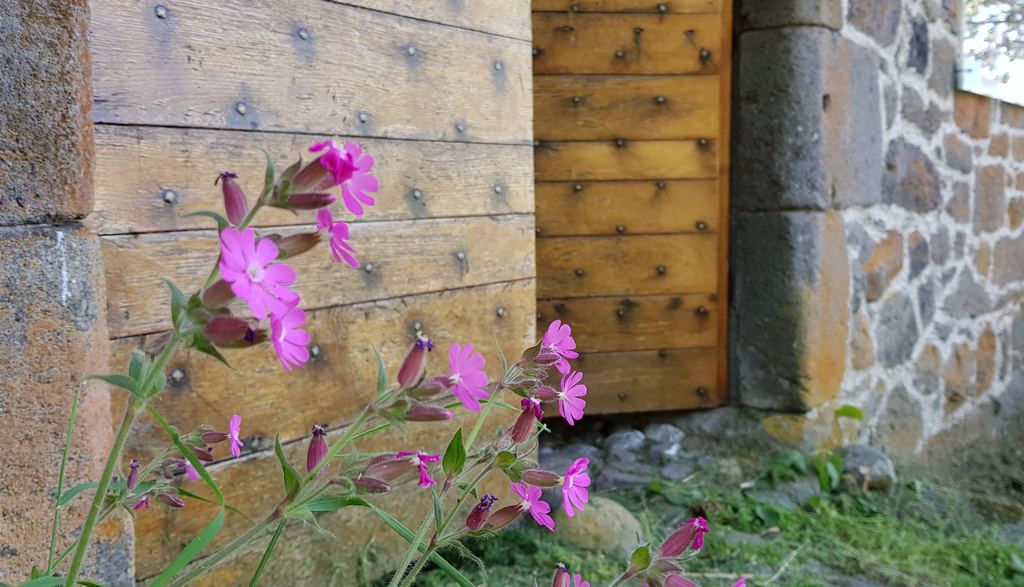 Niervèze, a beautifully preserved hamlet with a grand total of … four inhabitants!

Guillaume is an important and well-known member of the local community. He was born in the cottage next door called La Palette, and he is one of the Niervèze’s last inhabitants, returning to live here all year round  when he retired in 1998. “When I was a child, my father, Antonin, was a town councillor and we were the first house to have a public telephone. People came by to see it non-stop”, he recalls with a smile as he shows me around the first floor of the museum under the impressive roof beams. Harrows, ploughs and motor-powered reapers are all on show and bear witness to farming traditions that date back to the 1960s when there were still five farms in Niervèze. “Small farms have since disappeared and high-altitude farms and farmland have become summer pastureland”, says Guillaume, who was Mayor of Thiézac from 2003 to 2014. 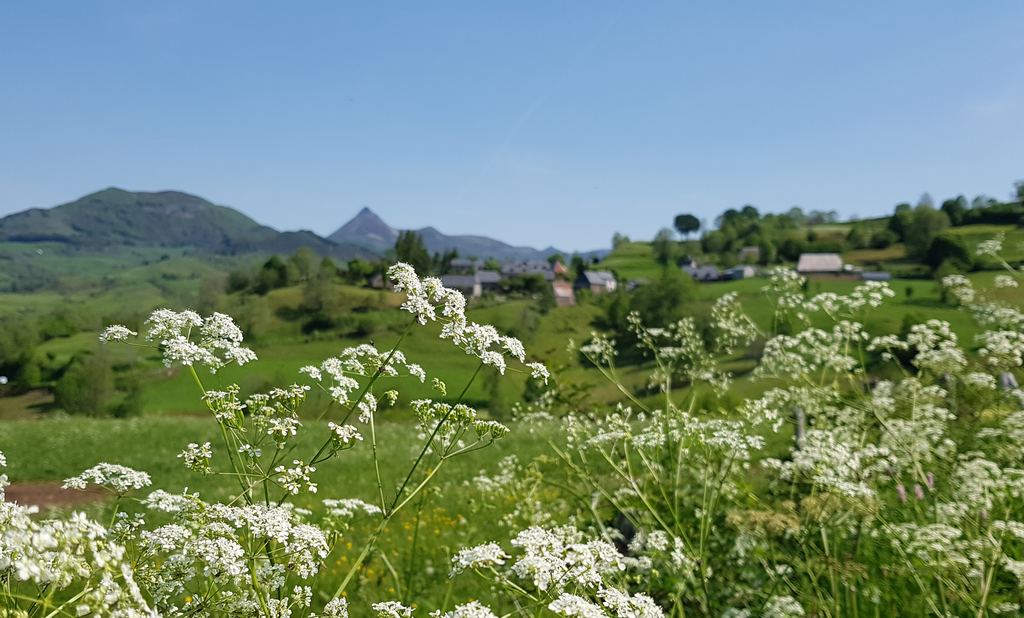 Of the 5 watermills that were once along the stream in the 18th century, the one in Niervèze is the only one still standing. Like the communal oven, its roof is covered in thick slabs of phonolite stone. It can be reached after a short walk along a little footpath just off the square in the middle of the hamlet. It has been restored to its former glory thanks to the skill and tenacity of Jean-Pierre Arnaud. He passed on his love for the watermill to Yves Poujol . “At the beginning of the 19th century, there were 47 mills in Thiézac”, he explains. “We run it in July and August, and it is an important part of the “Bread and Heritage Festival” (Fête des Pains et du Patrimoine) on the Sunday that follows the 15th August bank holiday.” Pierre Rongier, a baker in Thiézac, comes along with his dough rolls to bake five batches of delicious bread over the course of the festival weekend. He manages to bake and sell 80 loaves in all. This is all made possible thanks to the precious help of Jean-Marc Rispal, who tends to the fire in the oven during the week leading up to the festival and who also prepares the fire for every new batch of bread being baked.